Saco saves some data to give you a better experience. By using Sacos services, you agree to this.

Do you think that education will pay off?

Saco works with issues at Nordic, European and international levels. However, activities are primarily concentrated on Europe and the Nordic countries. Saco is working for an open, modern and effective EU. Prioritised issues are free movement, education, competence development, employment, working life, the work environment and labour law. 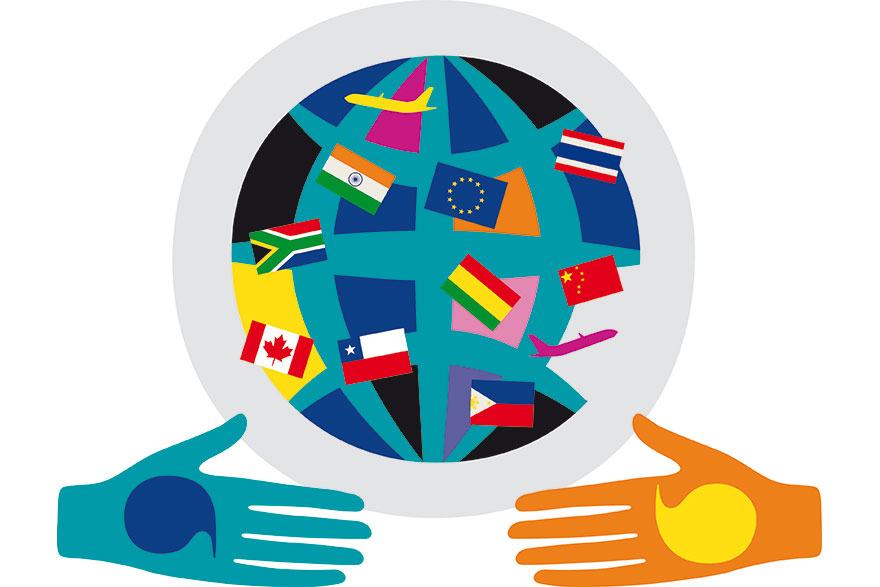 Sweden is one of few countries in the world where salaries and employment conditions are largely regulated by collective agreements instead of legislation. This system is called the Swedish model and aims to establish a secure and stable labour market. In Saco's international activities, we work in a range of ways to highlight issues that benefit employees:

Saco has an office in Brussels that it shares with two other central union organisations, LO and TCO. The task of the Brussels office is to monitor work in the EU and support the organisations' and their member unions' work for European policy that defends employee interests.The office also has a Facebook page.

Saco has been part of Union to Union since the spring of 2015, along with LO and TCO. Union to Union is a relief organisation that works to promote democracy, the fair allocation of resources, and sustainable development. Union to Union works with unions around the world and provides support on site. Saco's member unions can apply for funding from Union to Union for international union-based development projects and for information projects in Sweden.

Saco is part-owner of Europaportalen.se, a daily news and debate website that gathers and analyses news, debate articles and facts about and from the EU. Its aim is to provide an overview of a wide range of issues and events.

We also have international cooperation through the following bodies:

READ MORE IN THIS SUBJECT

The Brussels Office of the Swedish Trade Unions